Twelve years ago, Lisa never thought she'd work for the small company with big dreams known as "The Recon Group." Fast forward to today, goTRG manages returns worldwide and Lisa has never looked back since joining the team last year.

GoTRG is comprised of more than 2000 diverse teammates across the globe operating under one vision: to revolutionize returns. With experts in every field from software and engineering to eCommerce and supply chain, we want to highlight the skilled teammates who elevate this company's mission every day. Each month we'll hand over the metaphorical mic to a new goTRG teammate so you can better understand who we are and how we continually evolve as leaders in the industry.

Twelve years ago, I never thought I'd work for this small company with big dreams known as The Recon Group. At the time, I was working for Bill Morrison at Genco Marketplace–a former competitor –and goTRG was a small team leasing a few hundred square feet of our warehouse space in Ohio. One of goTRG's business ventures at the time was based on refurbishing iPods, the latest Apple innovation. The only problem was goTRG didn't have many resale channels, so they partnered with my company to resell the items. Fast forward to today, Genco Marketplace exited the reverse market, and goTRG employs thousands of people to manage returns for the world's biggest retailers and manufacturers. How things have changed.

About seven years into my Genco tenure, FedEx bought the company, and the business shifted dramatically. I saw the writing on the wall and eventually left Genco for a more stable opportunity. Bill and I stayed in touch through it all. Although I shifted focus to the food industry for a few years, Bill knew I had nearly two decades of experience in inventory accounting, and he wanted me to join him at goTRG. I initially turned down the offer, but a few months later, he convinced me, and I've never looked back.

As a new member of goTRG with a unique historical perspective, I've been so inspired by its evolution. Even in the past year, goTRG has completely reinvented itself. Heck, they hired me amid the pandemic when most other companies were tightening their belts. While others were flailing, goTRG took on a new enterprise contract, opened new facilities, and added new departments. Over the past year, we've operated on all cylinders, and we haven't skipped a beat. There were some blunders for sure, but goTRG's commitment to progress in the face of uncertainty is precisely what I love about the company.

In fact, when I first came on board, the accounting team was just beginning a massive overhaul of its structure and systems. Previously they were operating mainly from Quickbooks, which served an essential purpose but could not scale to goTRG's present needs. goTRG isn't the tiny-company-that-could anymore. It's a global organization with 15 facilities managing multiple returns and refurbishment programs. The accounting team needed a system that could report the financials for each and every facility and program. Fortunately, the leadership team agreed.

Progress is slow, but we've made significant strides towards implementing a scalable financial system that can track all of the company's ongoing programs. The key is communication. We recently started weekly meetings between the accounting and sales team and the implementation team to align on various topics. Along the way, we've worked hand-in-hand with the product team on refining our internal software to speak to the new accounting system. It's taking a while to turn this ship around, but we'll be in great shape in six months to a year, thanks to goTRG's commitment to collaboration and growth.

To goTRG's testament, they never ignored the accounting elephant in the room. I'm so grateful for that because I believe the minute companies stop innovating, it's detrimental to their future outlook.Fortunately, goTRG as a whole is constantly thinking about what it can do better and how it can make processes more efficient to expand its client base and service offerings. I rarely hear the excuse, "we do things like this because we've always done them that way." Most people are constantly looking ahead or at least willing to go along for the ride.

This transition out of Quickbooks hasn't been easy. We've asked many in the accounting team and a few outside our team to do their jobs entirely differently than before, but Bill and Stefan have done a fantastic job of overseeing the process. They put the right people in the right leadership roles and communicated the goals clearly. Sure, at first, some people looked at Bill, and I like we were crazy to have profit and loss statements by facility and program, but they stepped up to the challenge because they understand we want to work smarter, not harder.

I think all of us might say we work harder on somedays than we'd like, but I know that we are contributing to goTRG's limitless success as a team. Twelve years ago, I never thought twice about "TheRecon Group," but when I first walked into the Miami headquarters last year, I was struck by the insane contrast. Their progress is wild, even in the short time I've been at the company. Beyond the success, however, is a culture of teamwork and family that cares deeply about its people.

This past week was a tell-tale for me that I'min the right place after my son got into an accident. I was working at headquarters and frantic when I got the news. Bill told me not to worry about work and to fly home and take care of my family. After that, goTRG's CEO,Sender Shamiss, reached out to tell me he was there for whatever I needed.Multiple executives and teammates did the same, offering their support and asking about my son's progress. Those are moments I'll never forget.

In previous roles, I've had positive experiences with leadership teams that helped me solve business challenges. But during a personal crisis, this is the first time I felt an organization honestly had my back. That kind of support makes every challenge worth the effort. 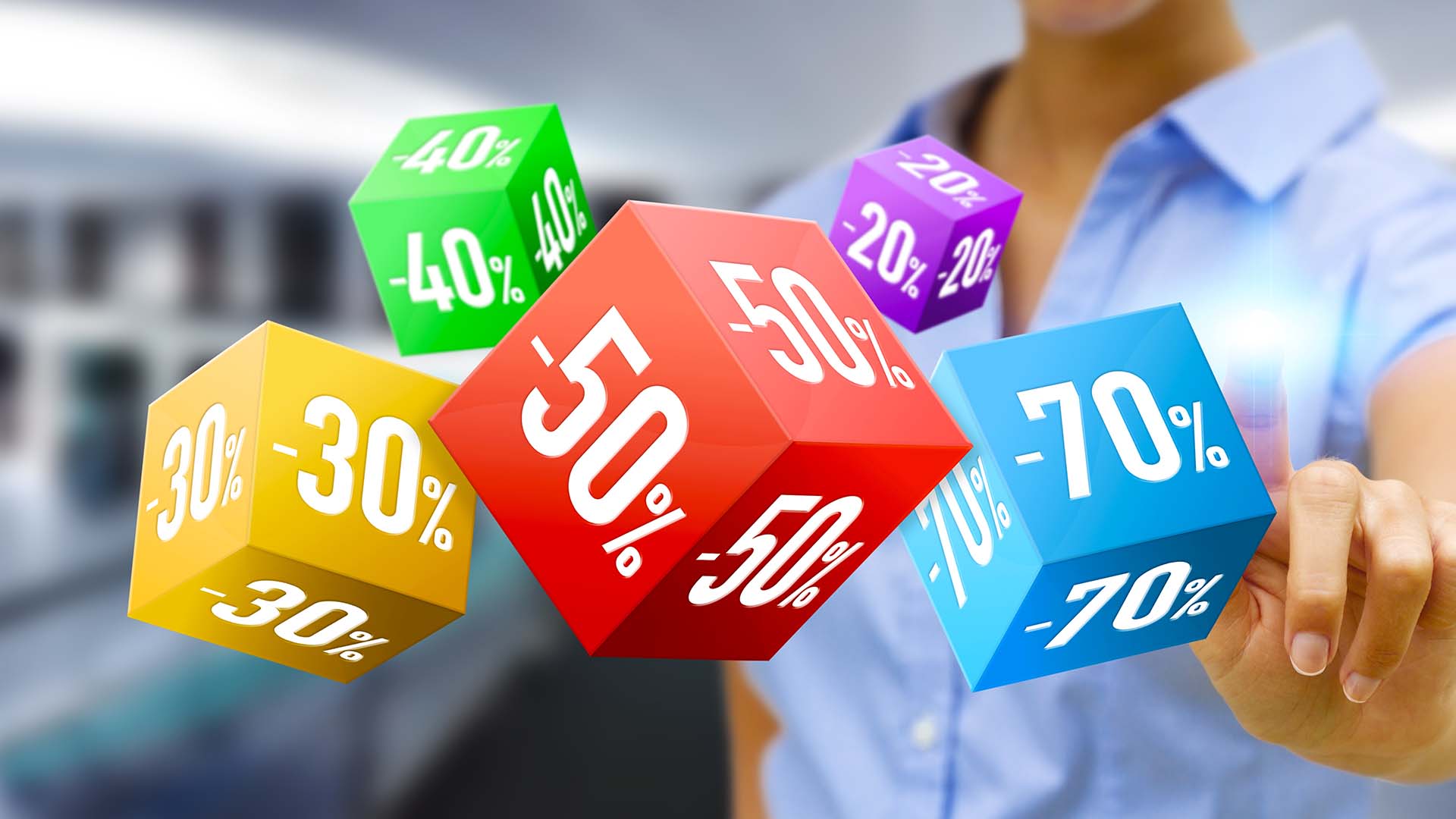 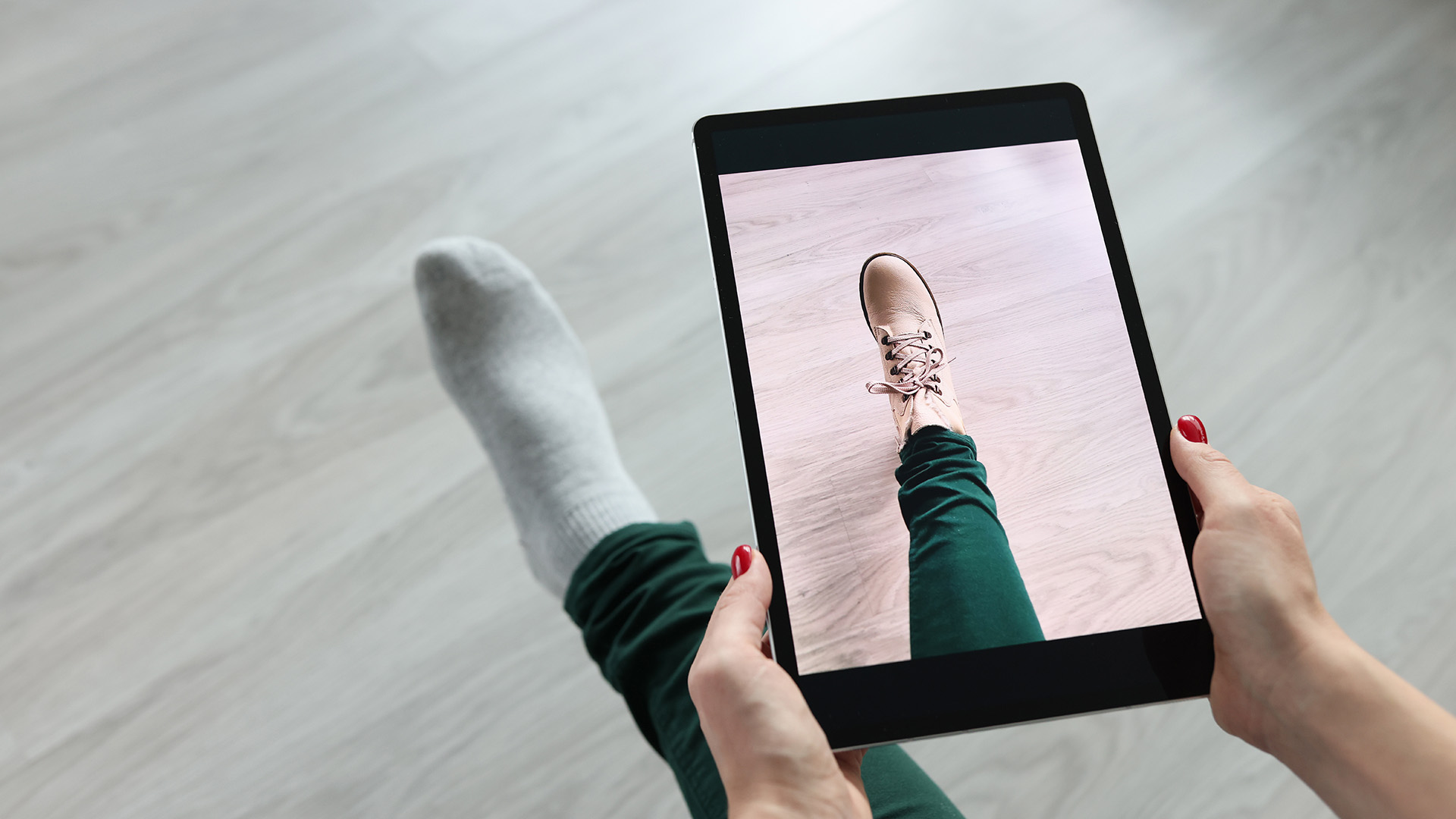 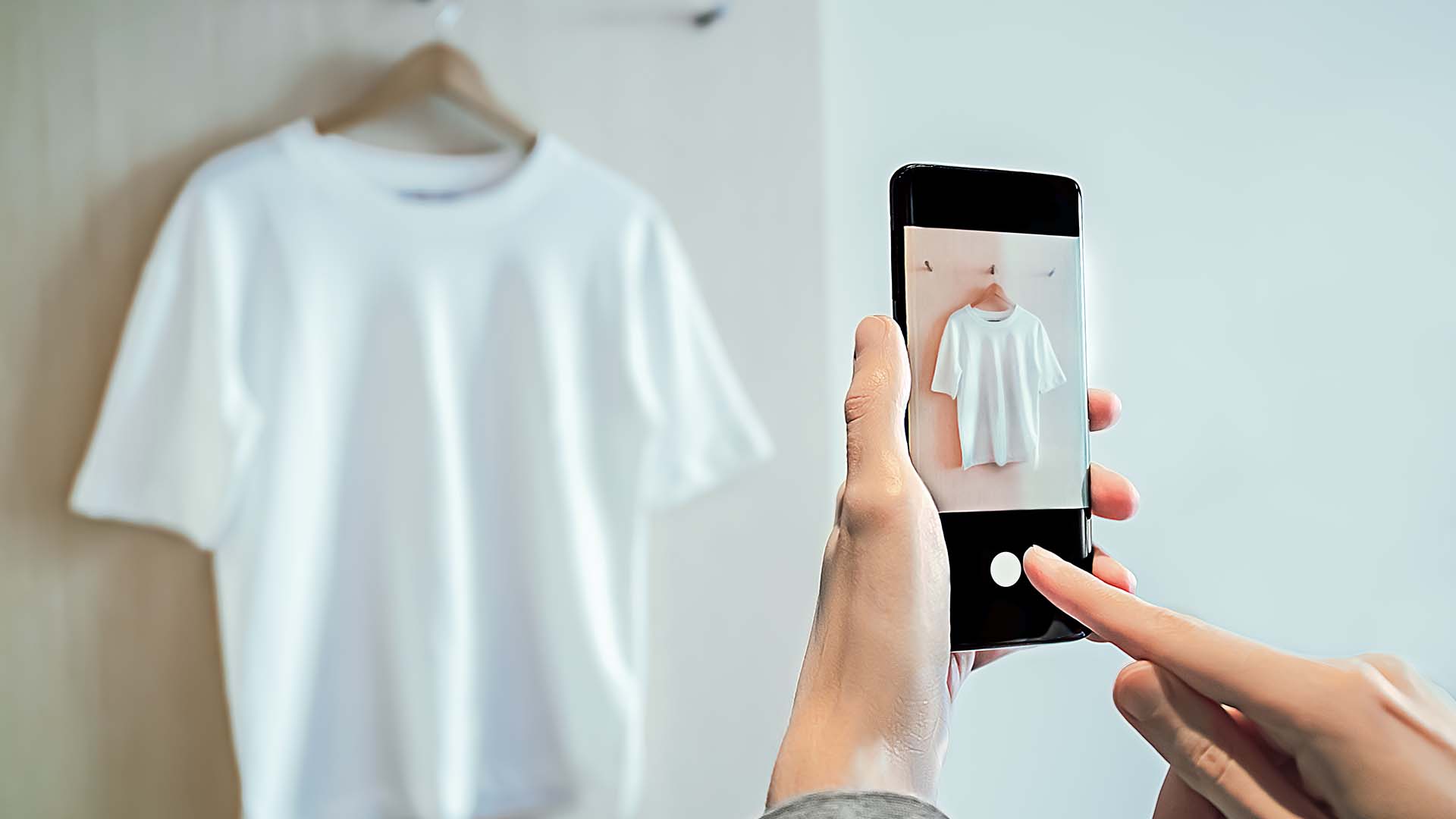 Consumers can take advantage of historic deals this holiday season, especially across categories like electronics, sporting goods, and appliances. Shoppers should check returns policies for holiday-specific updates with a discerning eye. 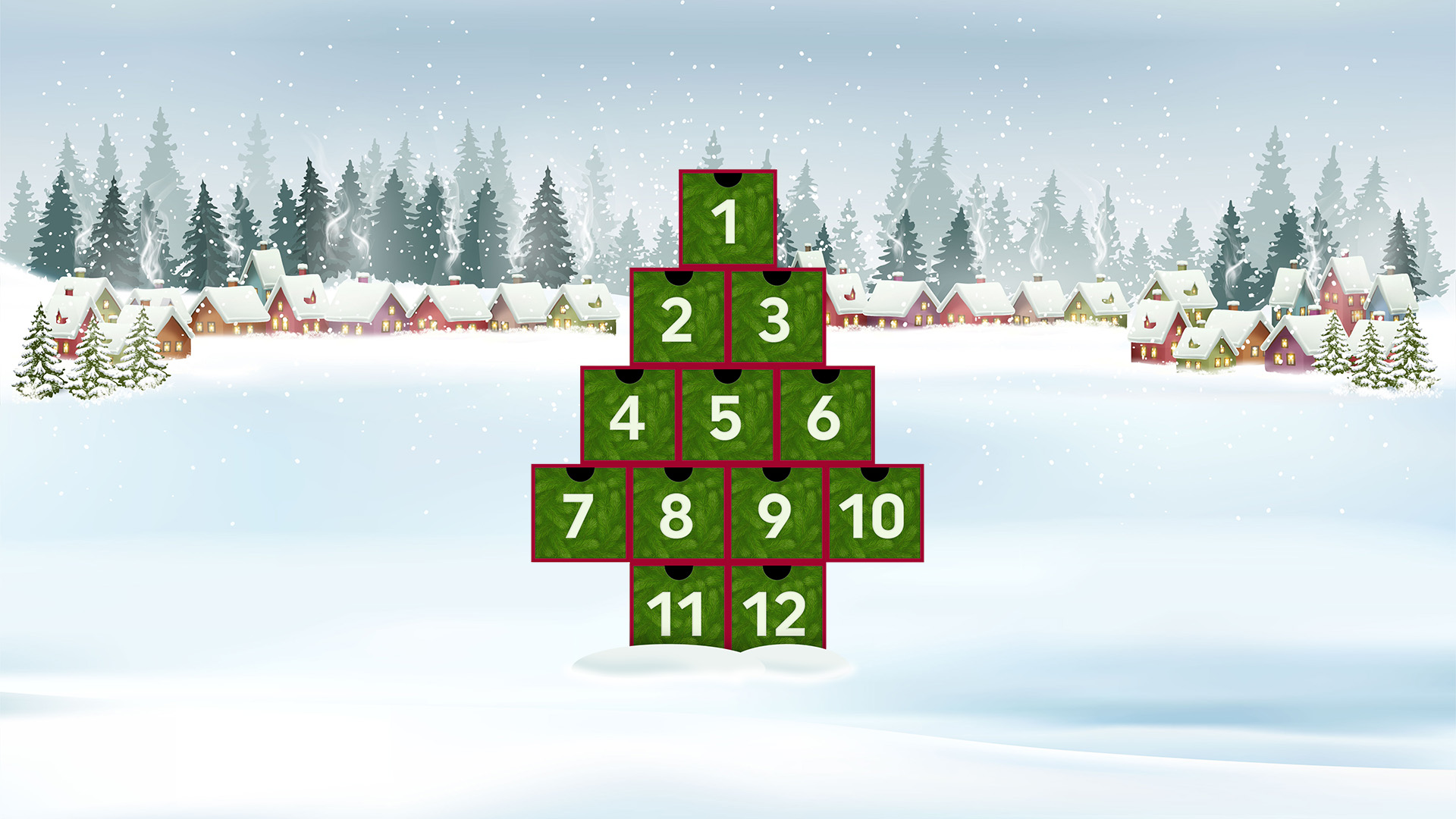 What Is Your Returns Provider Giving You for Christmas This Year?
Read more

Thank you! Your submission has been received!
Oops! Something went wrong while submitting the form.